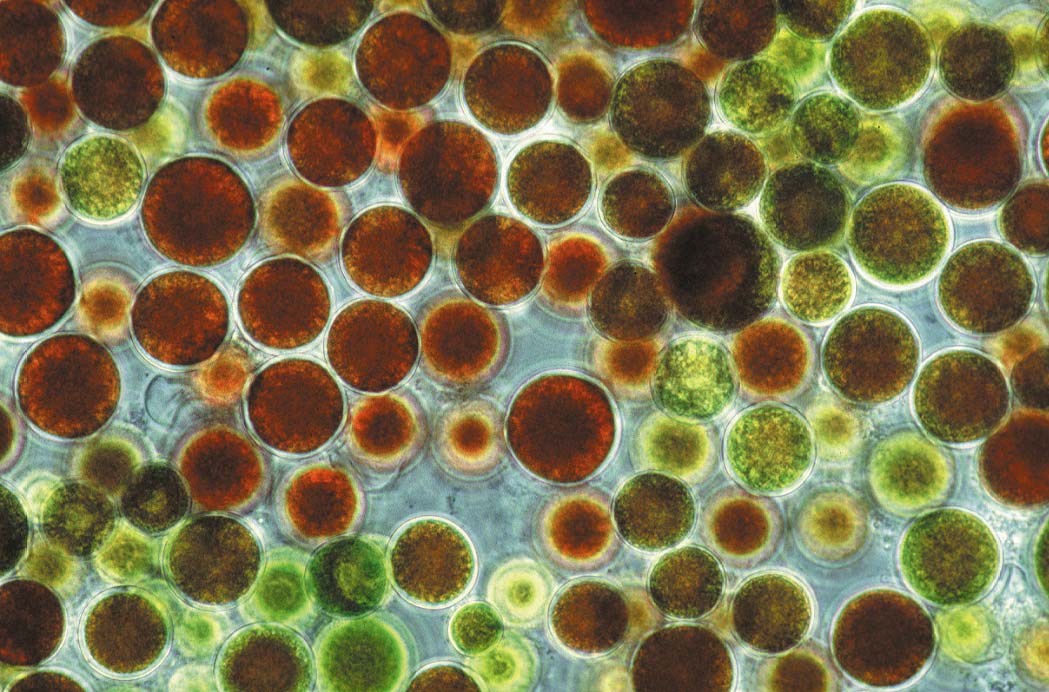 Astaxanthin is a powerful, naturally occurring carotenoid that is found in several marine micro-organisms and crustaceans. Shellfish and salmon consume microalgae as part of their diet and the red colored astaxanthin is responsible for the reddish-pink coloring of salmon, crab, lobster and shrimp. Although various microalgae naturally produce astaxanthin, the strain Haematococcus pluvialis is by far the preferred option for commercial production.

Astaxanthin is used in the pharmaceutical, nutraceutical, cosmetic, food, and aquaculture industries. Whilst scientific research into the exact extent of the benefits of astaxanthin are still ongoing, researchers have already identified a wide range of benefits to the human body. In addition to being the most powerful naturally occurring antioxidant, astaxanthin is also an anti-inflammatory and has singlet oxygen quenching and free radical scavenging properties.

Commercially, natural astaxanthin is cultivated either in open ponds or closed photobioreactors using a two-phase production method. The first phase is the growth or “green phase” and is followed by a stress phase or “red phase” which induces the microalgae to produce astaxanthin.